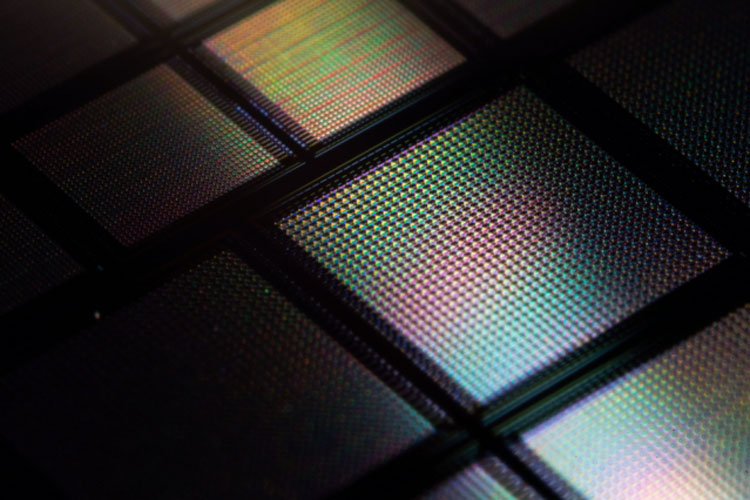 Researchers at the Massachusetts Institute of Technology have created what they call a “brain on a chip.” On a piece of silicon smaller than confetti, tens of thousands of artificial brain synapses – memristors – fit. The “Brain on Crystal” remembered and repeatedly reproduced the monochrome images of Captain America’s shield. It’s only the beginning!

But first, a little history. The memristor was widely discussed in 2010, when HP announced the possibility of industrial production of memristor memory arrays. Previously, the memristor was considered a hypothetically possible fourth electrical element in addition to the capacitor, resistor and inductor.

In fact, a memristor is an electronically controlled and even reversible resistor. Even simpler is resistive memory. In a sense, Intel’s 3D XPoint is also a memristor. We mean that the memristor is not something exceptional. Usually these are two electrodes, one of which is often made of silver, between which a layer of amorphous silicon is enclosed. When voltage is applied to the electrodes, a conductive channel is established between them (saturation with ions occurs). Removing the voltage does not reduce the saturation of the channel with ions, which leads to the memory effect. And there can be many such states, and not two, as 0 or 1 in the case of conventional transistors.

MIT stated that existing memristor models are not efficient enough to work with low voltages (currents). This means that there are problems with scaling the technology. Meanwhile, the memristor is convenient to use as an artificial synapse. It can transfer data from one artificial neuron to another and remembers not only the very fact of data transfer (serves as a memory in the binary system), but also transmits a wide range of signal values, which would require several transistors in classical circuitry.

Researchers at MIT have come up with an alternative to silver, popular among memristor developers. Instead of pure silver, it was proposed to use an alloy of copper and silver. Copper easily “clings” to the silicon substrate and makes it possible to capture even the weakest flux of silver ions from one electrode of the memristor cell to another. Experiments carried out with an array of tens of thousands of artificial synapses on a piece of silicon with sides of 1 mm showed that memristors remember and can reproduce the images recorded on them many times and with greater clarity. This paves the way for pocket electronics with the rudiments of human-like intelligence.