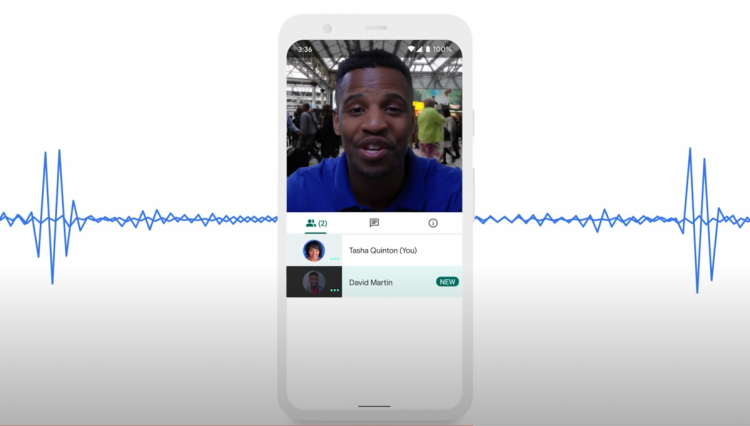 Google gave a live demo of the new noise canceling feature in Google Meet, and it turned out to be quite impressive. Unfortunately, consumers won’t see it anytime soon. At the end of May, Google announced that the company will initially roll out it to G Suite Enterprise and G Suite Enterprise for Education customers, with the web first and then mobile. Google hasn’t said when or whether other messaging apps will receive it.

G Suite Chief Product Officer Serge Lachapelle showed off the new feature in a video posted to YouTube on Monday. He also, in a separate interview with VentureBeat, detailed exactly how the technology worked in the software giant’s video conferencing service.

The video shows how the new Meet noise cancellation tool recognizes the usual noises that arise during a conversation: the crunch of a bag of potato chips, a click of a pen, a clink of glass, and removes them from the conversation, replacing them with almost complete silence. The feature focuses almost exclusively on the sound of the user’s voice. Speech sounds a little weaker from time to time in video, but Meet does a great job even at eliminating ruler pops and taps.

More importantly, Meet will perform these functions in the cloud, without the need to load user hardware. While Mr Lachapelle hasn’t shared his screen, the noise canceling feature appears to be activated by a switch right in the Meet user interface.

Google technology actively uses machine learning technologies to efficiently recognize unwanted sounds and eliminate them from the audio stream. The company promises that over time, the tool will become more and more perfect. By the way, NVIDIA recently introduced a beta version of the RTX Voice utility, which also uses AI in its work.