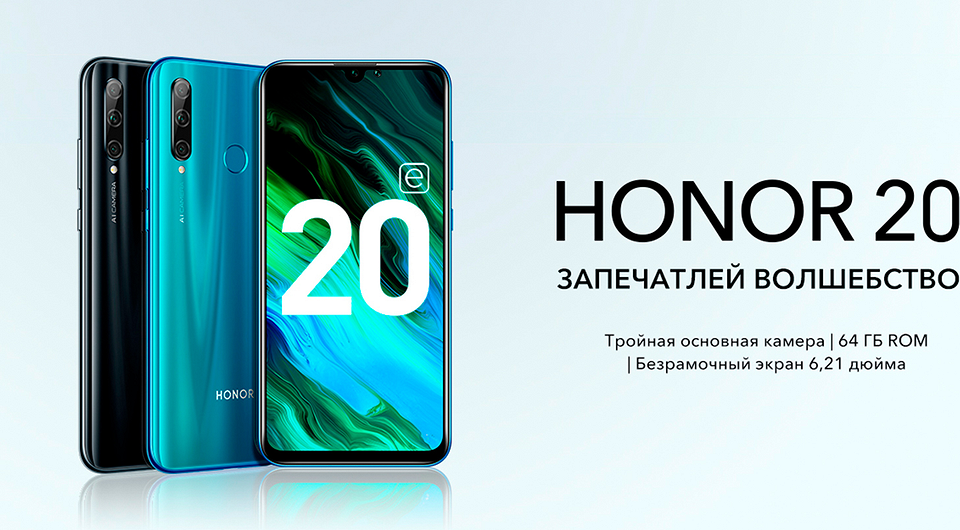 The democratic Chinese brand Honor has launched official Russian sales of the new affordable Honor 20e smartphone. It should be noted right away that, unlike most of the other new models of the manufacturer, there is still support for the Google Play app store.

The gadget received a 6.21-inch LTPS-display with a resolution of Full HD + 2340 x 1080 pixels. At the heart of the smartphone is the proprietary eight-core Kirin 710F processor, with quartets of Cortex A73 and Cortex A53 cores, operating at 2.2 GHz and 1.7 GHz, respectively. There are 4 GB of RAM and 64 GB of permanent memory.

The front camera has a resolution of 8 megapixels and an f / 2.0 aperture. The battery has received a capacity of 3400 mAh. Honor 20e is priced at 13,990 rubles. And this week, Huawei unveiled the affordable Enjoy 20 and Enjoy 20 Plus smartphones.