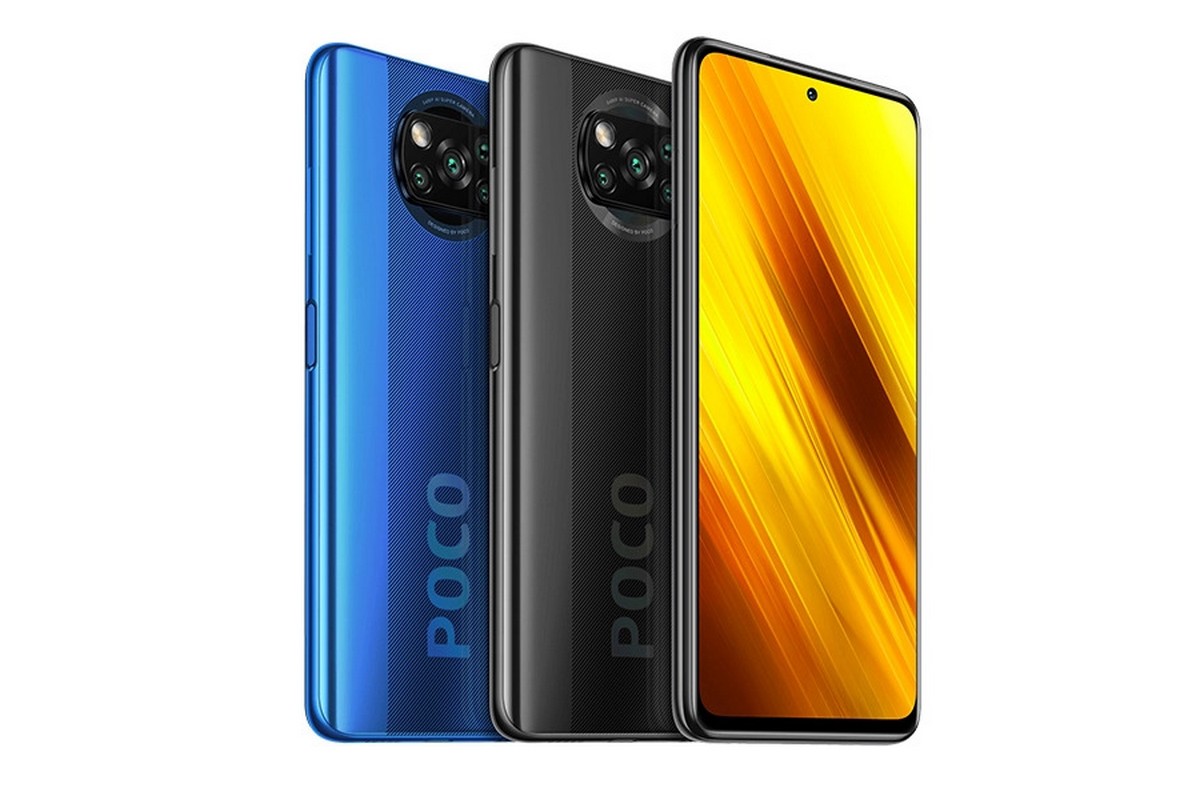 Exactly a week ago, the announcement of the Snapdragon 732G single-chip platform (an overclocked version of the already well-known Snapdragon 730G) took place, and Xiaomi’s Poco sub-brand was the first to launch a smartphone on the new Qualcomm SoC. And today, as planned, a full presentation of the Poco X3 NFC smartphone took place. By the way, this model has other advantages besides NFC.

Poco X3 NFC is the fourth model of the Poco brand this year. The top-end Poco F2 Pro, the mid-level Poco X2 and the Poco M2 Pro model, standing at the junction of the middle and lower segment, have already been released. Positioning Poco X3 NFC is identical to Poco M2 Pro, but the latter is available only in India, and the novelty stands out with a global registration and will be offered in various countries, including Ukraine. And in terms of the ratio of characteristics and prices, this is perhaps one of the most attractive offers for today.

The hardware basis of the Poco X3 NFC is the Snapdragon 732G, which Qualcomm calls the highest performing 4G processor in the Snapdragon 700 series. Separately, the manufacturer highlights the LiquidCool Technology 1.0 Plus cooling system, which includes a copper heat pipe and graphite thermal pad for efficient cooling and heat dissipation. In the test package AnTuTu, the novelty is gaining more than 300,000 points.

The Poco X3 NFC also boasts a large 6.67-inch IPS FHD + (20: 9 aspect ratio) screen with 120Hz refresh rate, 240Hz touch layer polling and HDR10. The front camera with a resolution of 20 megapixels is embedded in the active area in the center, like in the Poco M2 Pro. The fingerprint scanner is built into the power button on the side.

The main Poco X3 NFC camera consists of four modules and has a very unusual design. As you can see in the images, one module is located in the center of the block, and the rest are distributed symmetrically along the axes of the diagonals of the conventional parallelogram. Instead of the fifth module – LED flash. 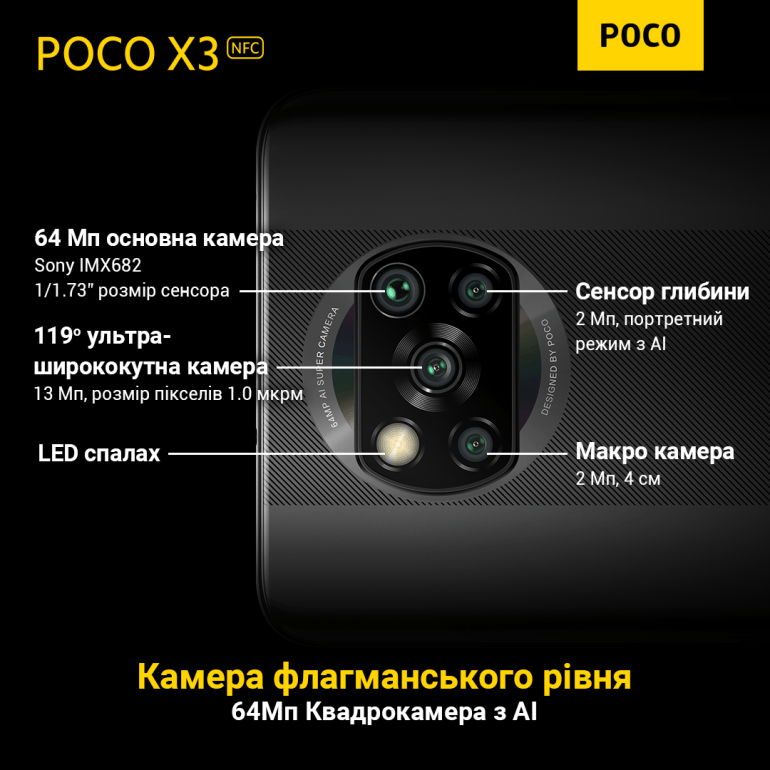 The main module uses a 64-megapixel Sony IMX682 sensor (1 / 1.73 ″, 0.8 μm) and a wide-angle lens with six plastic lenses with an aperture of F / 1.9. It is accompanied by a 13MP ultra-wide-angle module with a 119˚ viewing angle, a 2MP module for macro photography with a minimum focusing distance of 4 cm and another 2-megapixel module for assessing scene depth and background blur in portrait mode. There is no telephoto or optical stabilization in the Poco X3 NFC camera.

The rest can be noted USB-C and 3.5 mm jack for connecting headphones, wireless interfaces Wi-Fi a / b / g / n / ac and Bluetooth 5.1 (and NFC, of ​​course), stereo speakers with resonators of 4 cm3 and 1 cm3 for top and bottom, as well as protection against dust and moisture according to the IP53 standard.

The Poco X3 NFC frame is made of aluminum alloy, the screen is protected by tempered Gorilla Glass 5 and the back is made of polycarbonate. Dimensions are 165.3 × 76.8 × 9.4 mm with a mass of 215 g. The smartphone is equipped with MIUI 12 based on Android 10 OS.

Poco X3 NFC is available in two colors: Shadow Gray or Cobalt Blue. There are also two memory configurations: 6/64 GB and 6/128 GB. Pre-orders will begin accepting from September 8th at a special discounted price of € 199 and € 249 depending on storage capacity, while regular prices are € 229 and € 269, respectively. As soon as the price and release dates for Ukraine appear, we will update the note.