Thanks to the use of Pascal GPUs, these products offer better performance and power efficiency than the previous generation. In addition, the listed devices support new gaming technologies (including virtual reality). With NVIDIA G-Sync technology, compatible monitors can display jitter-free and tear-free images with minimal latency. 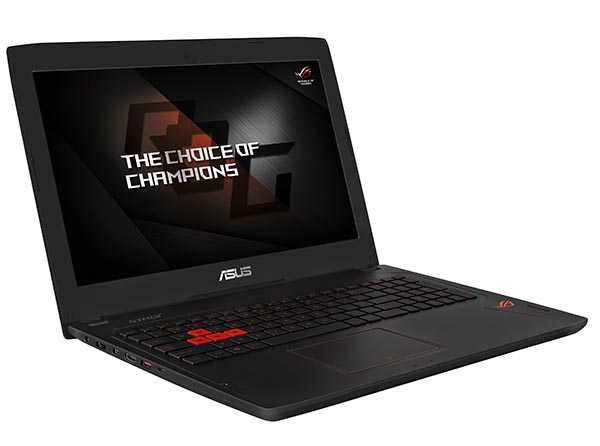 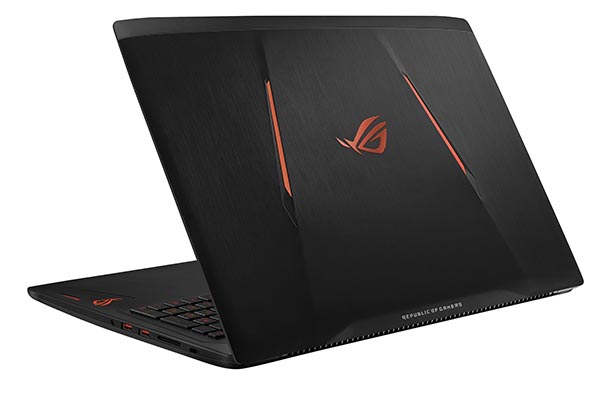 The ROG Strix GL702VM laptop has the performance you need to run your VR games and apps. This model features a discrete GeForce GTX 1060 graphics card, a wide viewing angle LCD display with NVIDIA G-Sync support, and an ergonomic keyboard. Stable operation under high load is ensured by the efficient HyperCool cooling system with copper radiators and three fans.

The sleek and compact ROG G701VI laptop is built for mobile computing. Equipped with an Intel Core i7 processor family and NVIDIA GeForce GTX 1080 discrete graphics, it delivers the performance of a desktop gaming PC. At the same time, the thickness of the ROG G701VI case does not exceed 3.5 cm. Additional comfort is provided by an ergonomic built-in keyboard, the controller of which is able to correctly perceive up to 30 simultaneously pressed keys. 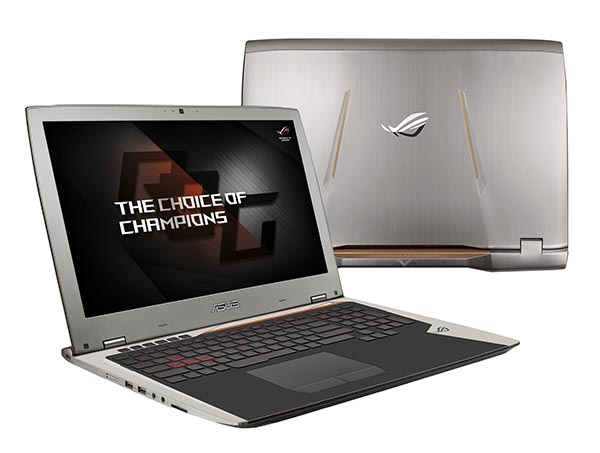 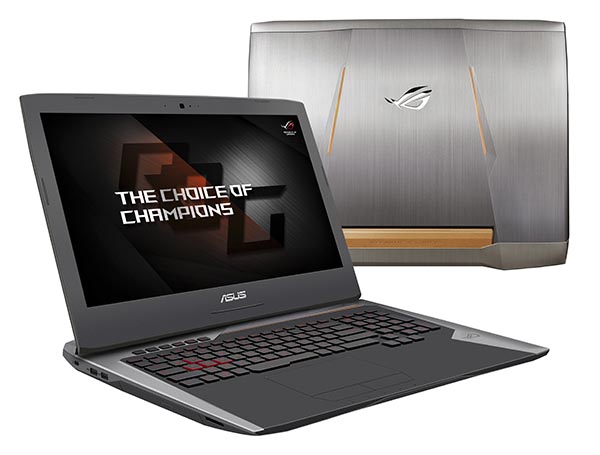 ROG G752VS is configured with NVIDIA GeForce GTX 1070 discrete graphics and 6th Generation Intel Core i7 (Skylake) processor with unlocked multiplier for clock speeds up to 4 GHz. The maximum amount of RAM is 64 GB. This model has an LCD display with high color accuracy and wide viewing angles, capable of displaying images with a refresh rate of up to 120 Hz.

The ROG GX800VH crowns the updated line of Republic of Gamers gaming laptops. It is the world’s first laptop to feature an 18-inch Ultra HD LCD and two NVIDIA GeForce GTX 1080 discrete graphics cards combined in SLI mode. This achieves a level of performance rivaling a desktop gaming PC, as well as the smoothest gaming experience and superb picture detail. 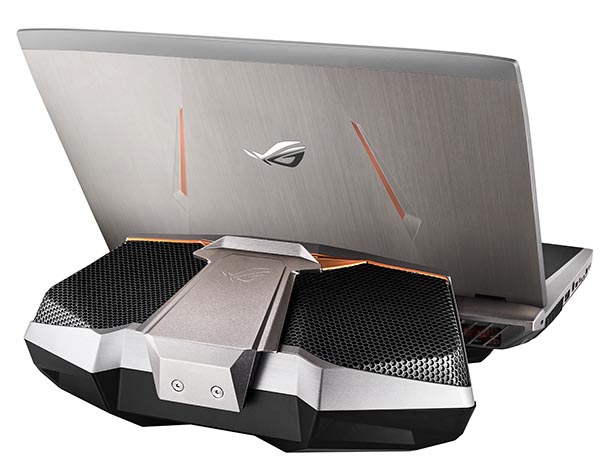 To provide extreme overclocking capabilities for the processor, graphics and RAM, the ROG GX800VH is equipped with a liquid cooling system, the radiators of which are located in the docking station. According to the results obtained during testing in the popular benchmarks 3DMark 11 and Fire Strike Ultra, this solution allowed a performance increase of 76%.

This model features a MechTAG keyboard with mechanical microswitches and customizable LED backlighting. The built-in display supports NVIDIA G-Sync technology. The ROG GX800VH is compatible with most VR headsets today.

ASUS ROG G11СD gaming PC is made in a futuristic red and black case, which is equipped with customizable LED backlighting. The user can choose the desired color from 8 million options, as well as one of several modes of illumination. 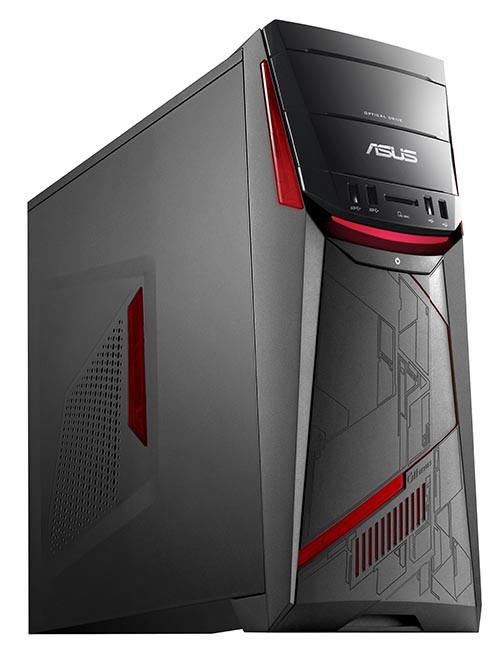 The proprietary Aegis II application allows you to monitor various system parameters. GameAlive utility provides the ability to capture and edit videos in games, as well as publish videos to social networks.

Model ROG G20CB is made in a case with black matte panels. Its volume is only 9.5 liters. Of the design features, it is worth paying attention to the original geometric pattern in the style of Mayan ornaments, as well as the presence of built-in lighting with a choice of colors from 8 million options. 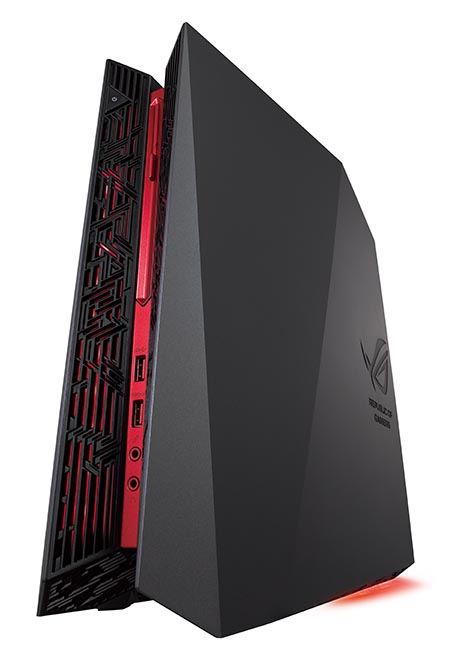 Stable operation of the system even at maximum load is ensured by an efficient air cooling system designed specifically for this model, which uses copper heat pipes, a hidden duct and two fans. This PC has won the prestigious CES Innovations Award and the iF Design Award for great design. 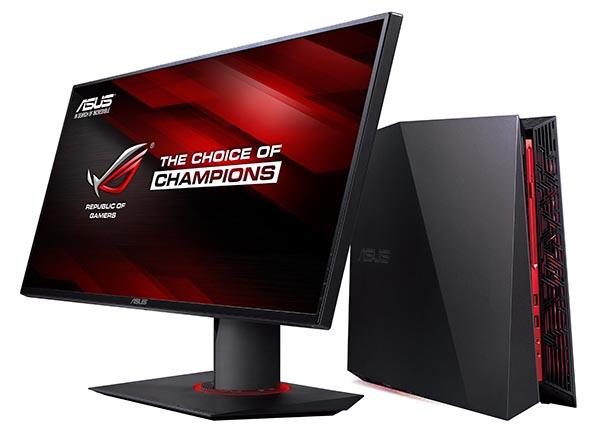 The ROG GT51CA desktop comes in a full-size design. Through a transparent window in the side panel, you can appreciate the magnificence of the components installed inside and the four-zone dynamic backlighting.

The configuration of this model includes an Intel Core i7-6700K processor and a powerful graphics subsystem (in the maximum configuration – two NVIDIA GeForce GTX 1080 graphics cards, combined in SLI mode). This ensures that modern games work in a comfortable mode (with an image refresh rate of at least 60 frames per second), even if you select Ultra HD resolution. To get an additional boost in performance, the ROG Turbo Gear function allows you to overclock the processor to 4.6 GHz by pressing a special button on the case of the system unit. 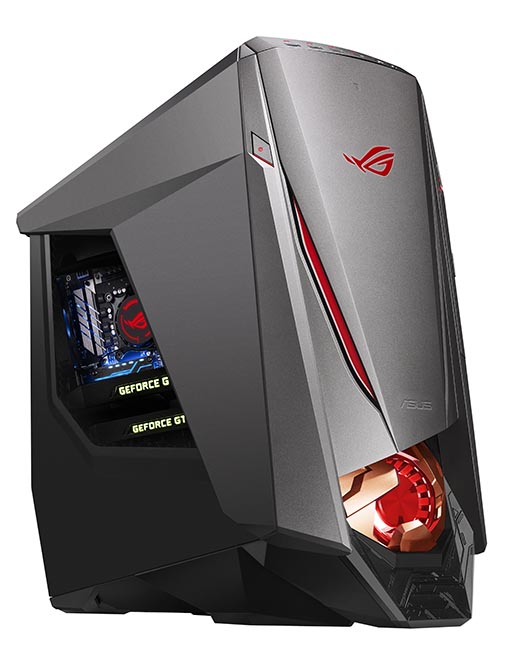 At CES 2016, the ROG GT51CA Gaming PC was honored in the Gaming & Virtual Reality category.

The ROG Strix GeForce GTX 1060 video adapter has high performance and a powerful cooling system, and in addition, it allows you to personalize the appearance in accordance with the wishes of the owner.

The NVIDIA GeForce GTX 1060 graphics processor, overclocked to 1873 MHz, allowed a 5% increase in performance compared to the reference model in the 3DMark Fire Strike Extreme test and 6.5% in the Doom game. With two HDMI outputs, you can connect a headset or VR headset to this video adapter without turning off your desktop monitor. 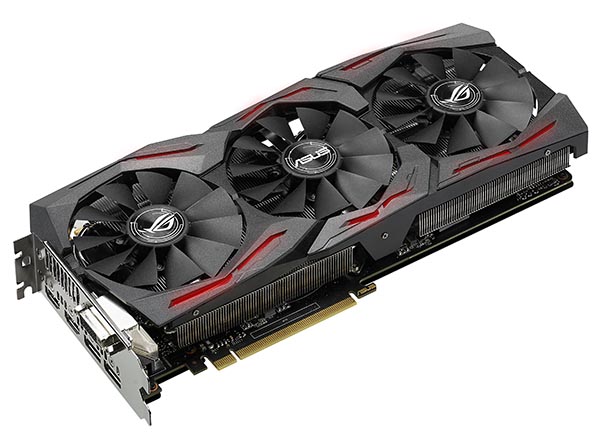 The board is equipped with a proprietary DirectCU III cooling system with three controllable fans, which are completely turned off during low load operation. In addition, it is possible to connect external case fans with the function of speed control according to the temperature of the GPU. 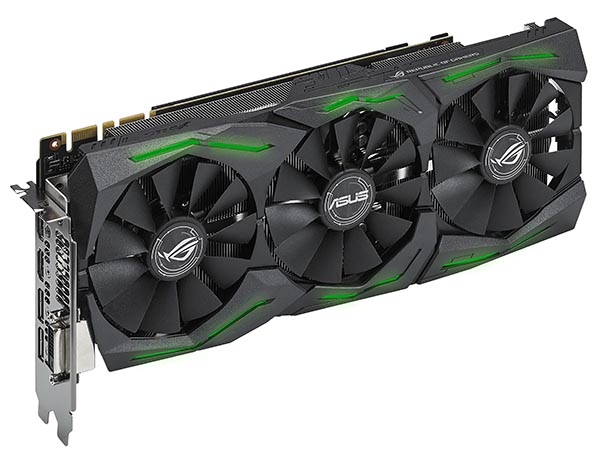 The ROG Strix GeForce GTX 1080 is powered by the latest NVIDIA GeForce GTX 1080 GPU, which is boosted to 1936 MHz. This model is equipped with a proprietary DirectCU III cooling system with three controlled fans that completely turn off during low load operation. In addition, the board has two 4-pin connectors for connecting nearby case fans. 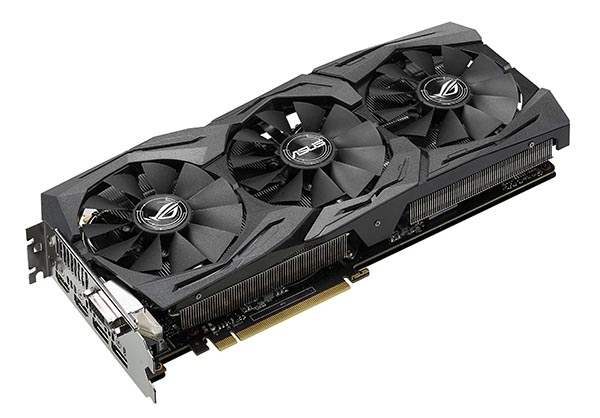